Secret Jews: The Complex Identity of Crypto-Jews and Crypto-Judaism 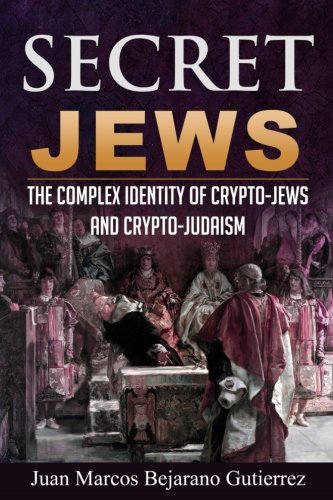 This book reviews types of Iberian Conversos (i.e. primarily forced but also voluntary Jewish converts to Christianity) from the late 14th to the 17th centuries and surveys the Christian and Jewish attitudes towards them. The book begins with a brief history of Jewish life in the Iberian Peninsula noting critical events such as the forced conversions of Jews under the Visigoths and the Almohades. The direct events leading to mass conversions of Jews in the late 14th century and the aftermath in the 15th century are reviewed. This study examines texts and decrees that reveal that many Christians doubted the sincerity of these Jewish conversions to Christianity, and how they still regarded and treated Conversos as Jews. Different types of Conversos are then discussed. The challenges and situations each Converso faced were unique and produced different outlooks towards Jewish identity and faith in general. Various Jewish sources, including rabbinic responsa, sermons, and other documents are also analyzed. These sources reveal the positive attitudes of Jews towards Conversos and the Jewish community’s desire for them to return to Judaism openly. Other studies suggest that as a whole, Conversos either fully retained their Jewish identity or sincerely embraced Christianity. This study argues that the Jewish identity of Conversos was complicated and existed along a broad spectrum ranging from complete abandonment to ardent Judaizing. The book concludes by exploring the stories of descendants of Conversos in the United States, Latin America, and in Spain and Portugal, who are searching and often embracing a Jewish identity once thought lost.